PetsRadar is supported by its audience. When you purchase through links on our site, we may earn an affiliate commission. Here’s why you can trust us. 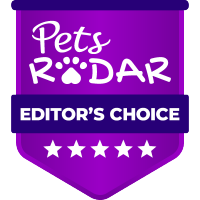 The Cat Mate C500 is a very practical and effective timed feeder, with a clever design that keeps wet food fresh. It's no substitute for someone looking after your cat properly, but it might just get you an extra hour in bed in the morning.

Why you can trust PetsRadar Our expert reviewers spend hours testing and comparing products and services so you can choose the best for you. Find out more about how we test.

Regular feeding is important for cats, and as our Cat Mate C500 review shows, it is a neat aide to make sure things get done on schedule, particularly if they're fussy about when they chow down. It allows you to portion off a number of meals' worth of food, then give up the goods when the time is right with no further interaction from you. It's a great idea if you happen to be away from your furry friends for a short time; you'll probably still want to get a neighbor to pop their head in to make sure everything's okay (or perhaps you'd like to employ the services of one of the best pet cameras to see for yourself), but you can at least be reasonably certain there'll be no empty bellies at home. You can find out how it fares against other models in our round-up of the best automatic pet feeders.

The Cat Mate 500 is a carousel of delights for your cat. It utilizes a sectioned-off food dish, with space for five individual portions, which sits on a rotating mechanism underneath. When activated, the mechanism turns, revealing the next portion through the wedge-shaped hole on top. The observant among you will notice that this only actually leaves room for four covered portions, so the first feed of five has to be an immediate one.

By using the digital timer in the top right corner, you can program intervals for feeds, up to a day apart. It's straightforward to set, and isn't just suitable for days away; it means you could potentially set up a regular night time feed for cats prone to waking you up a little early when they've finished their nocturnal rounds, or use the Cat Mate 500 to limit access to food for those cats prone to gorging on every kibble they see, and then releasing them onto the living room carpet shortly after.

The lid sits snugly on top of that wheel of food, meaning any wet food inside is helped to stay reasonably fresh; this also serves to reduce the odor emitted. There's a two-part ice pack included, too, doubling up on the potential for long-term freshness, though it's only likely to add any cooling for a day at most, so it's not a long-term thing. There's also only one pair of ice packs in the box, so you'll need to buy two more – they're available directly from Pet Mate – if you want to cycle them out for constant cooling.

Users have noted that the Cat Mate C500's use of ice packs (and its decent seal) really does help to keep food fresh, even in summer heat, and does enough to placate those cats that won't touch wet food after it's been sitting for longer than about half an hour. There's also a lot of praise out there for its convenience, particularly when it comes to satisfying those cats that are more active at night.

The majority of users love the timer, praising it for it simplicity, but some (conversely) found it slightly too complicated. No consensus there, then, but it does appear to work reliably. The mechanics, perhaps not so much, again depending on who you ask. A few users have found their C500s went a little rogue, rotating the platters incessantly or misaligning the food trays; some of these tales sound like user error more than any great fault with the hardware, but they should offer something to think about if you're planning to use this to feed your cats while you're away for a little while.

Many users have noted that the batteries seem to run down particularly quickly, but it should be pointed out that a large number of those retracted their complaints quite quickly: the real issue, it seems, is that the 'low battery' indicator is shown far earlier than it needs to be, and the C500 will actually keep running for a long while after it shows up.

While we've pointed out some of the possible flaws here, it's definitely worth noting that the overall reaction to the Cat Mate C500 is overwhelmingly positive.

The Cat Mate C500 is reasonably inexpensive, and it's highly convenient; your cat will become accustomed to it quickly, it solves a whole lot of quality of life problems, and you might even manage a night away without putting too many little noses out of joint. There are rivals with a similar design, but as far as we can tell the C500 is the best of the bunch, particularly when it comes to offering up wet food. If course, it the Cat Mate C500 too expensive or decadent you can opt for the cheaper, smaller C300, which can manage three portions, two of which are timed.

Pet Tech Week on PetsRadar
Pet Tech Week is brought to you by PetsRadar.com. Throughout this week we'll be showcasing the new tech that will make your pets happier and healthier. Whether you want a smart cat flap, a canine camera or the best vacuum cleaner for pet hair, we've got you covered.

Alex is a freelance writer, editor and sub editor specialising in entertainment and technology; he is a father of two, and owned by three increasingly grumpy cats. Somehow he has been doing this for 24 years, and it's still fun. He specialises in technology-related subjects, with a focus on smart home and gadgets and is a regular contributor to T3.com, TechRadar, PC Gamer, and more.